Education cannot wait for the pandemic to end

Education cannot wait for wars, disasters, epidemics, conflicts nor political crises to end. In every second, children across the globe are deprived of access to education. That is an inestimable loss.

The world is facing a monumental crisis due to  the COVID-19 pandemic. Saving lives has become a top priority. Schools are closed. Students are forced to stay at home. It has unprecedentedly worsened the state of education inequality. Children living in some countries with active war zones such as Afghanistan, Yemen, Iraq, the Central African Republic, the Sahel region, the Democratic Republic of Congo, or Rohingya refugee camps in Bangladesh, are facing crises ranging from starvation, violence, discrimination, and now the pandemic. 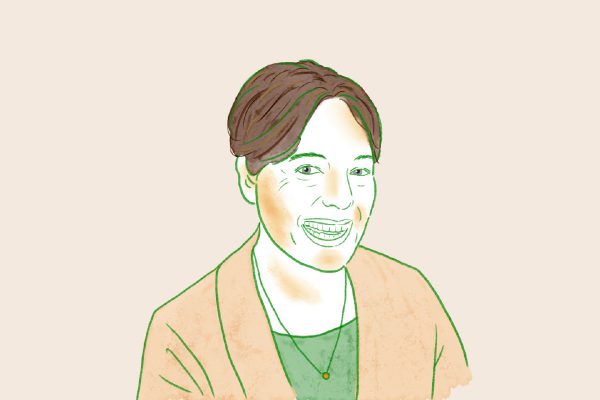 Yasmine Sherif, director of the global fund Education Cannot Wait, said the COVID-19 pandemic has affected children around the world. Citing the report of the Malala Fund, she said the pandemic has forced over 75 million children out of school, as it intensifies the disparities in human resources development.

“When you are very poor, at absolute extreme poverty, and you’re in a country of conflict, or you are a refugee, and on top of it comes COVID-19 and you can’t go to school, you are doubly affected.”

It is even more worrying that, after falling out of the education system, a large number of children are unable to return even when the pandemic starts to subside.

COVID-19 has most obviously exposed the world to the ugly truth of economic and social inequality. Sherif said while children in developed countries such as Sweden can easily transition to online-based education, children in Nigeria or South Sudan cannot afford to do the same.

“What was already a huge divide in development has now further deepened that divide, because [these parts of the world] are learning online. [The others] can’t even learn online. And what happens also because of poverty,” she said. 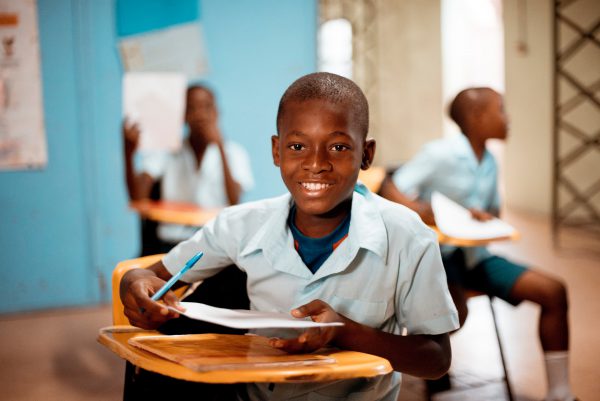 In many African countries, the pandemic has paralyzed their economy, and a large number of students are driven out of school. Consequently, many underage girls are forced into a marriage in exchange for money. Girls aged only eight or nine are sent to work. The economic recession has drawn these children into human trafficking or prostitution, which also leads to child pregnancy. A study found many girls as young as 11 or 12 became single mothers

“We need to invest in the human mind and the human soul of the new generation, and especially the children and youth who are today suffering, doubling their suffering in addition of the conflicts and crises and poverty, because they live, they grow up in violence, in the total breakdown of any protection that every child needs.”

“We need to start with those who are left farthest behind, because if we lose them, that will one day come back upon all of us,” she added

For Sherif, education is not just about providing knowledge, but also giving hope. It’s an important tool to fight against poverty. It also empowers people to become a truly productive citizen.

“Instead of investing in conflicts and wars and military expenditures, invest in humanity. It’s more cost effective, and it’s more humane,” she concluded.

Alice Albright, manager of Global Partnership for Education (GPE), reiterated the urgency of access to education. She said the 2020 Global Education Monitoring Report found that children from the top 20% richest families in low- and middle-income countries are three times as likely as those from the poorest families to complete lower secondary school. The poorest children are also more than twice as likely to be malnourished, the fact which hinders their ability to learn. 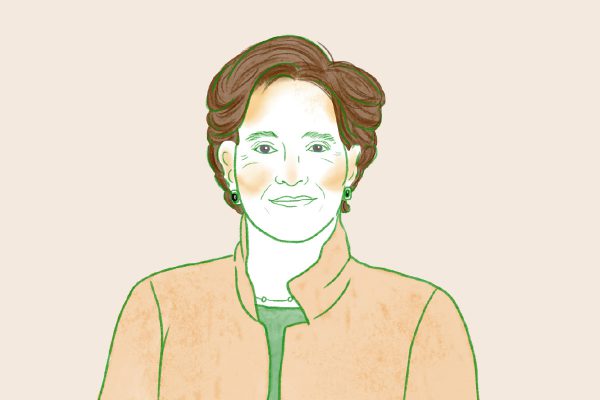 The situation is even worse for children with disabilities. They are less likely to enter secondary school or even start school at all, as society lacks understanding and proper support to their needs. Therefore, they always lag behind their peers in foundational learning.

“COVID-19 has only worsened the situation, triggering in many ways an unprecedented learning crisis. As the world was locked down to slow the spread of COVID-19, 1.6 billion children were left out of school, and more than half of these lived in developing countries,” Albright said

“Closing schools was necessary to save lives, but the longer the children are actually out of school, the higher the costs. School closures pose a monumental challenge for the equity and inclusion in education, exacerbating inequalities and discriminatory patterns that push children out of an education.” 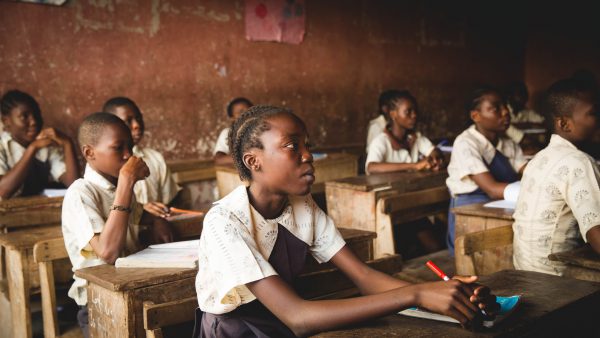 Albright cited an example of the Ebola epidemic five years ago in West Africa which had similarly forced schools to shut down in order to stop the virus from spreading. As a result, more girls suffered from sexual and domestic violence, forced marriage, underage pregnancy, and child labor.

“Many [girls] were not able to return to school. In fact, if we see the same dropout rates today from COVID as we did see with the Ebola crisis, it is estimated that 10 million secondary school-age girls may not return to school at all after the pandemic,” she said

Raising concerns over the effects from the economic shocks the world is facing because of COVID-19, Albright pointed out that the global economy in 2020 is projected to contract as much as 5.2% – the deepest recession since World War II. Therefore, “more than 70 million people and children will likely be pushed into extreme poverty this year alone.”

She called the situation “a disaster” as emerging markets and developing economies are expected to shrink by 2.5%. It means less revenues will be generated to governments, which inevitably will lead to smaller budgets for education.

“Parents in fact might have to choose which child to send to school, and vulnerable groups like girls and children with disabilities are often the ones that are chosen to stay out of school and be left behind,” she said. “Finally, there will very much be an impact on earnings. Earnings will be lost in every bit of time that children are out of school, losing the opportunity to learn. It creates a long-term loss in their earning potential over the course of their lives, which cannot be recovered.”

It’s true that healthcare is an urgent matter during the pandemic, but education investment is also equally important at a time like this. Albright believes education can help alleviate the impacts of the disease in both short and long term.

“In the long term, education contributes to social stability, and provides better economic prospects for learners. This is the only sustainable way out of the economic crisis that we face.”

Albright closed her speech by outlining the GPE’s responses to the pandemic in four main areas:

She emphasized that utilizing education to counter the current crisis is a challenge that must be swiftly acted on. She concluded that to overcome the COVID-19 pandemic, the whole education system  will have to be transformed in order to be truly inclusive and resilient for all  learners in general. 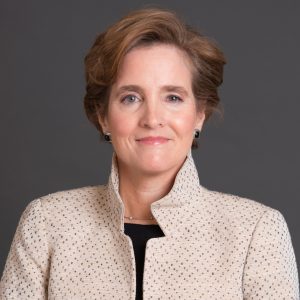 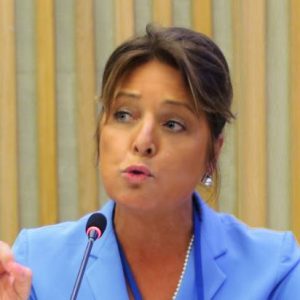 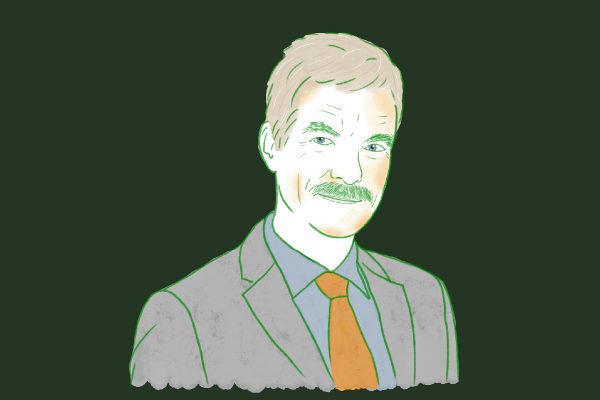 Andreas Schleicher is a renowned educator, a director for education skills, special advisor on education policy to the secretary-general of the Organisation for Economic Co-operation and Development (OECD), and an initiator of the Programme for International Student Assessment (PISA). He believes many dimensions are needed to be looked at in order to achieve equitable outcomes in education.