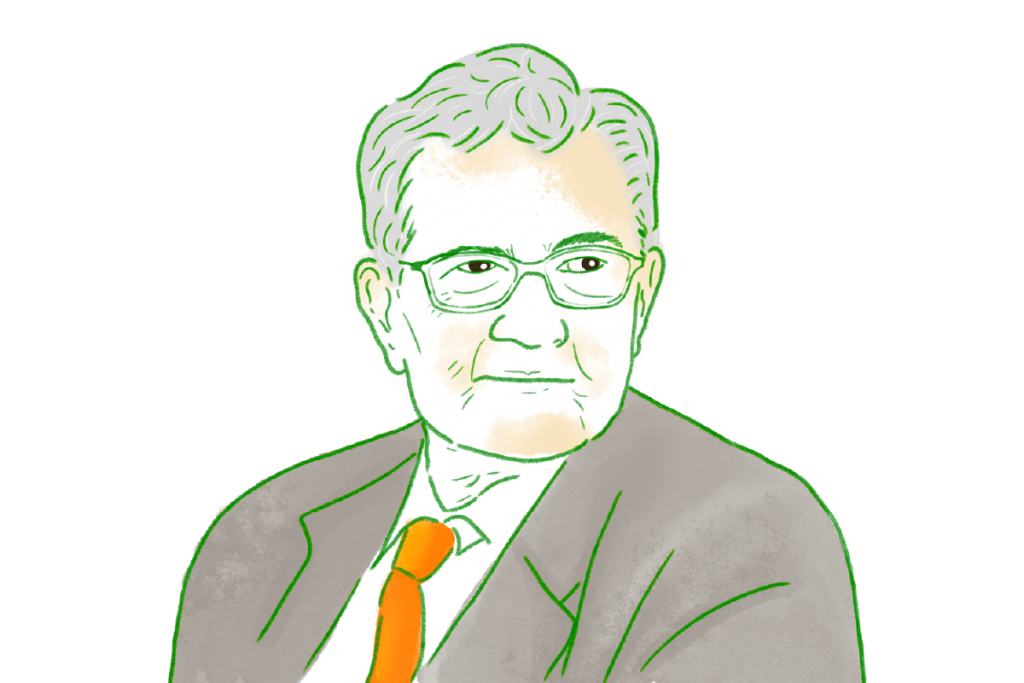 Reflecting on the stance of equitable education among the COVID-19 pandemic’s disruption, Amartya Sen brought up India’s hailing massive spread that hit the third severely-affected country in the world of Coronavirus caseload.

It is causal that the number of deaths dramatically winded down over the area like Delhi, Kerala and Onlier where residents adopt the highest literacy rate. They had readily managed to tame the virus under control.

Sharp tracking data solution was armed. Effective preventive measures were calibrated. These examples prove the vital guise — that the particular society innately loomed with proper education would be capable of undertaking serious problems. COVID-19 is considered a defying global outbreak, but refined education shows its power that problems are there to be shed.

“In terms of education, especially when problems are harshly stifled, equitable education would prescribe a smooth and effective solution for all,” said Amartya Sen.

The tangible dialogue that Sen picked up illuminates how equitable education could untie and alleviate blooming problems in such society, and that the successful battle with the virus is tethered with a well-curated access to education. It is fact-checked that proper education would download a fine landscape to the progress of society, economy and politics.

Remarkable research and welfare economics resources, especially ones that prove famine does not take over developing countries due to the unlucky course of food shortage, but because poor people cannot afford to pay for their meals or righteously embrace the rights to consume.[i]

Western Bengal, Sen’s birthplace, is one of the states that packs the highest population. In the meantime, it capitalises a diverse outlook on languages and culture where believers in Hinduism, Islam, Buddhism, Christianity, Jainism and Sikhism gather; people speak Bangali, Hindi, Santali, Urdu, etc. Economic inequality stirred up in their experiences is committed to Sen’s cultural and societal demeanors — and such context has given birth to several reflections and his researches on poverty and development. Development as Freedom, by all means, is one of the highly acclaimed books.[ii]

The manuscript was first published in 1999 by Oxford University Press. Sen submitted his will that people’s lives should not be measured by property, income, or even satisfaction. Freedom, instead, should legitimately serve this logic.

Amartya Sen wrote the first sentence in his introduction,

“Expansion of freedom is viewed, in this approach, both as the primary end and as the principal means of development.”

‘Freedom’ in Sen’s narrative can be interpreted more than its generic sense — that citizens should be complemented with 5 allied genres of freedom: 1) Political freedoms  2) Economic freedoms 3) Social opportunities 4) Transparency guarantees 5) Security protection.

Sen’s term of freedom maps out as both ‘approaches’ and ‘goals’. Freedom should be best understood as the principle means of development, precisely because “Freedom engagement is manoeuvred by ethics; ethics is second-handedly manoeuvred by public discussions and social contacts, for which is still dominated in layers by freedom in participating in these certain activities.”[iii]

Sen proposes that capability deprivation can introduce a paradigm shift to understand poverty more than income measurement as it insightfully explores distinct perspectives in a way that an income indicator could not pursue. Explicit examples are apparent in the difference in health care system and mortality rates in America and Europe, the comparison of the literacy level and infant mortality between India and sub-Saharan Africa and lastly, gender inequality.[iv]

Equality, freedom and education, are inescapably interrelated and entails fundamental factors when it comes to making a life for people’s well-being and promising security. Casting a gleam of an opening door to societal enhancement, thriving economy and healthy politics, they perform sharply as a crafted-immunity against recurrent unprecedented crisis. 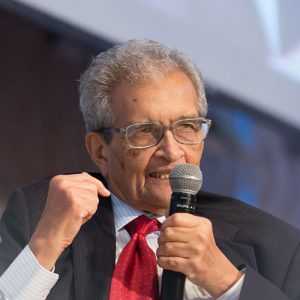 Nobel Laureate and Professor of Economics and Philosophy of Harvard University